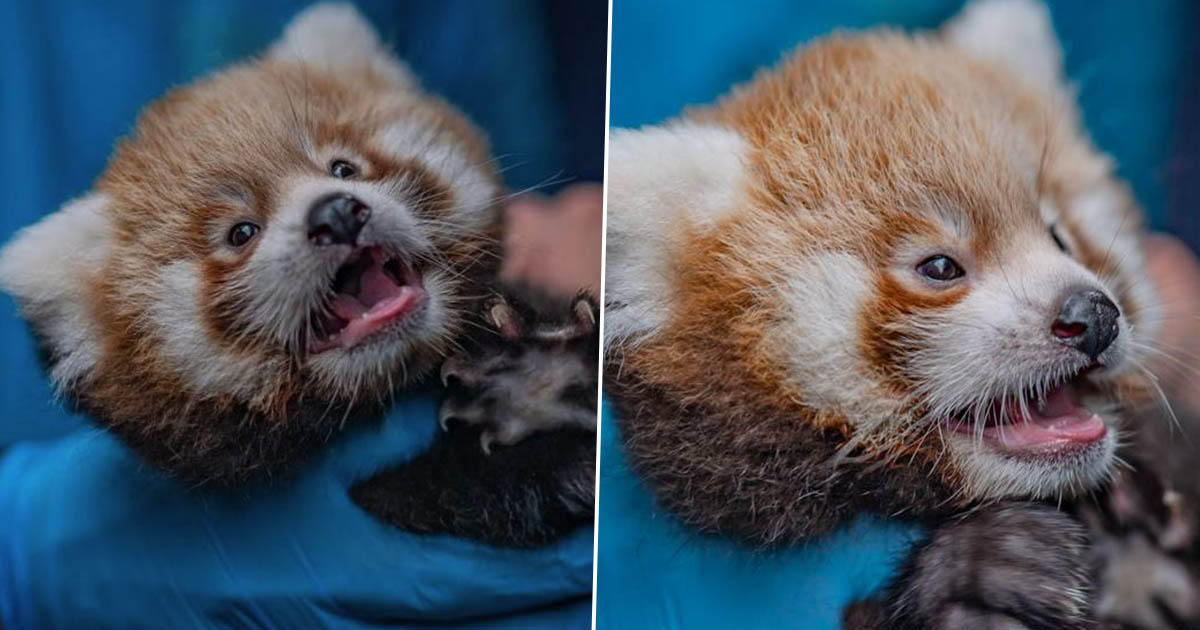 The pair have been revealed as a boy and a girl during their first ever health check-up, after the nine-week-old twins, classed by conservationists as endangered in the wild, were born on June 22nd to mum Nima and dad Koda.

For the first time, specialist vets and keepers have had a good look at the cute siblings, checking their weight, sexing them, giving them vaccinations and ultimately giving them a full, clean bill of health!

James Andrewes, Assistant Team Manager at the zoo, said: “These red panda twins are wonderful, important new additions to the carefully managed breeding programme for the species, which is working to increase the safety-net population in Europe as numbers in the wild continue to decline.

“Happily, both cubs are developing very well indeed and the health MOTs we’ve been able to perform confirmed that mum Nima is clearly doing a great job of caring for them.

“We also discovered the genders of each of the cubs – one male and one female – and returned them to their mum as soon as we’d finished giving them a quick once over.

Nima took them straight back to her nest and it’ll be a few weeks now until the cubs start to develop the confidence to come out and explore by themselves.

Before they’re able to stand on their own feet, it is though possible that some lucky people will have the occasional glimpse of Nima carrying them from nest to nest by the scruffs of their necks.”

In the wild, Red pandas live in the mountainous regions of Nepal, India, Bhutan, Myanmar and southern China. Their numbers have declined by 40% in the last 50 years due to habitat destruction, trapping and poaching.

And a result, Chester Zoo has also been fighting for the future of the red panda through conservation projects in the Sichuan Mountains of China.

We wish the new arrivals a long and happy life!