Game Of Thrones Fans Missed Varys Trying To Kill Daenerys In Episode FiveAmong all the death something seems to have slipped under the radar...

So, we’ll start with the obligatory spoiler warning - if you haven’t seen episode five yet you should probably stop reading this right now, you’ve been warned!

That said, even if you did watch the latest instalment in the GoT saga, there’s a good chance you missed a little detail along the way that could have some pretty heavy implications…

Among all the death there was some some stuff going on with our old friend Lord Varys that seems to have slipped under the radar somewhat. 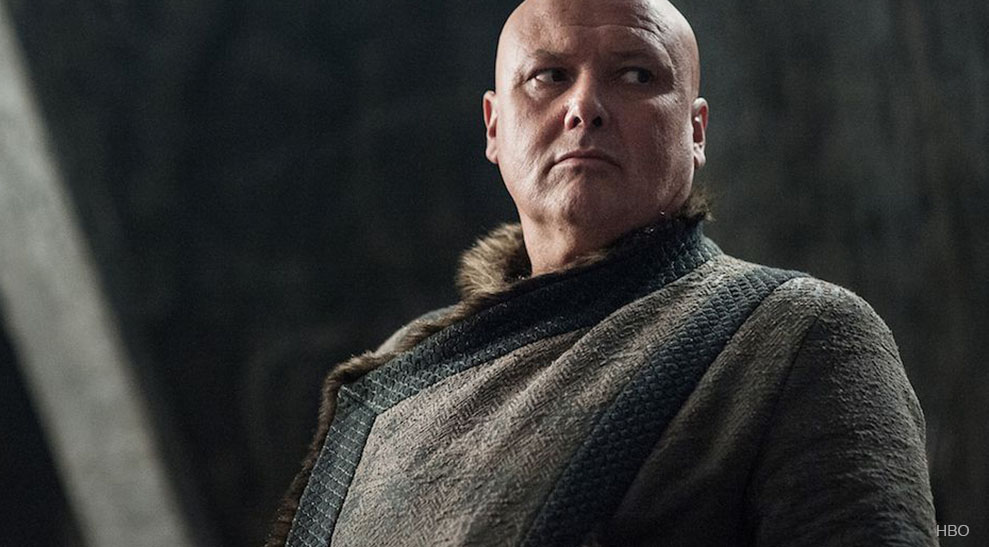 Right at the beginning of the episode we saw Varys having a chat with a young girl called Martha whom we can safely assume is one of his spies about whether or not the Queen (Daenerys) was eating.

But why does he care? All the evidence would suggest that Varys was trying to poison Daenerys before she became the now infamous ‘Mad Queen’, thus avoiding the ensuing carnage.

So, what hints have we had? The young girl certainly seemed worried about something, she seemed pretty convinced that the soldiers were watching her more closely than normal - a guilty conscience maybe?

For even more evidence we have to go all the way back to season one. When Ned Stark found out that Jon Arryn had been poisoned, he spoke with Grand Maester Pycelle saying poison is 'a woman's weapon'.

Pycelle replied: "Yes. Women, cravens and eunuchs.” He then added that Lord Varys was a eunuch…

Also, Varys could be seen removing his rings before he was taken away by Daenaerys’ soldiers - does this mean anything? Well, jewellery has been used to poison people before - Olenna Tyrell used Sansa's necklace to poison Joffrey Baratheon at the Purple Wedding.

So will Varys end up killing Daenarys from beyond the grave? We’ll just have to wait and see…

The last episode of Game of Thrones airs on Monday May 20th at 2am on Sky Atlantic.